Well for those of you who like your sewing in detail, here's the work that's gone on behind this muslin. If you've just joined this sewalong, let me fill you in on 2 key details - I am sewing a 1970 "chanel type" Simplicity jacket pattern using an old unworn (Armani) jacket of my husband's which I unpicked. 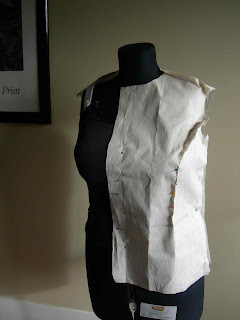 I traced out my unpicked Armani pieces onto calico (muslin) marking the original lines, grain lines, pockets, button holes as well as the pocket linings so that I could see where I would need to cut, and where I couldn't cut. 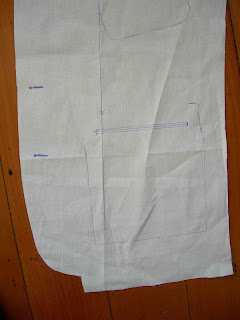 I did a tissue fit, I wasn't sure what to expect as this is a 1970 pattern which uses a smaller sloper than today, and it is a 16 which is a size bigger than my usual starting point. The tissue fit suggested my usual enormous FBA but also a slight hip decrease. 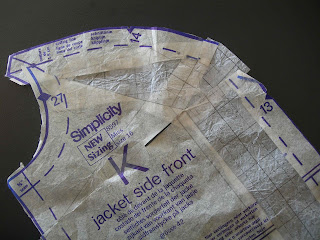 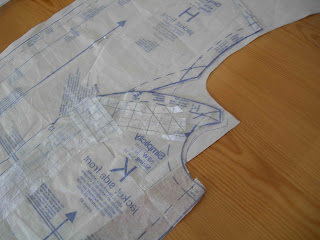 I then laid out the tissue pieces on top of my calico and cut within the seam lines. I was even able to sneak in a collar in the back piece! Nice to have the option. 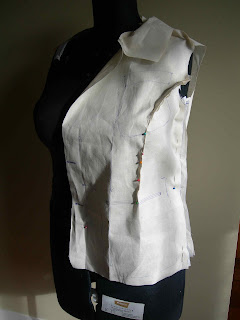 There is a small shortfall between the original jacket and the tissue - men don't have boobs or butts, darn it!  I am hoping to sneak out the shortfall by using the inside facings, but I might have to revert to plan B, which is to use a black "racing stripe" under the arms. 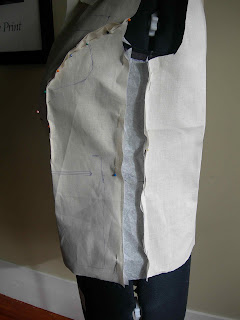