When a trim dictates the pattern

Do you ever have one of those moments when one minor and relatively irrelevant thing makes you completely change your mind and decision you previously made? I have those moments quite frequently, and today was the day I changed my mind on pattern. The reason was the trim band I found for the Chanel coat I'm about to sew. Seeing that band was a love at first sight, and all of the sudden I had a crystal clear vision of my future coat in my head.

I wanted to make a coat where the band would be the major feature. This meant the pattern would have to be quite simple. Hence, I decided to alter the coat pattern, and make it work for my idea. Consequently, it would make the coat construction much easier. 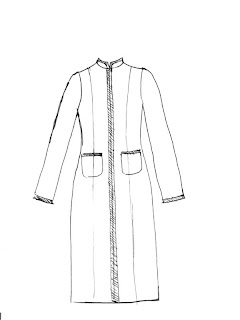 I will alter the pattern so that it incorporates shoulder princess seams, and I'll make a mandarin collar. The idea is to avoid overlapping the front panels of the coat, so I bought metal frogs (I hope they are called that way), that would replace the buttons.

And here are my fabrics and notions: 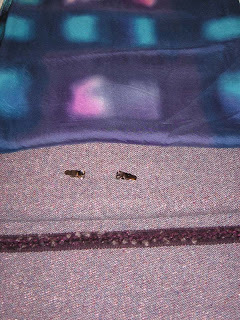 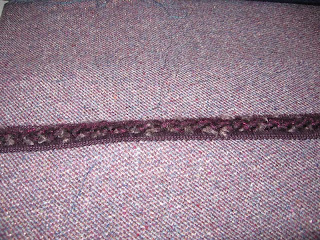 Now that I have all of the requirements gathered on one place, I can start with sewing. Yey!
Posted by AnaJan at 9:44 AM